History of Plymouth Plantation: Which Edition Is Best for You?

There are several editions of William Bradford's firsthand account of the Pilgrims of Plymouth. Which edition should you get? That depends on what you're looking for. Casual reading? Help with homework? Personal research? This list will help.

1) Similar to an earlier edition by Charles Deane (1856), William Davis gives you Bradford's writings in his original nonstandard spelling, which is confusing to modern readers. There is a valuable introduction by Mr. Davis, and many helpful footnotes. First printed in 1908, this is now in the public domain, and free digital copies are found online. (NOTE: beware of several poor-quality scanned editions that garble the text.) If you want to read Bradford’s book in the original 400-year-old medieval English, this is the book.

2) Harold Paget (1876-1926) was the first to "modernize" Bradford’s spelling. He has a good 16-page introduction and a helpful index, but very few footnotes. Publishers of Paget's edition include: the Classics Club (1948), Vision Forum (1998), Dover (2006), and Amazon Digital Services (2014). First printed in 1920, it is now in the public domain, and free digital copies are found online. If you want a cheap edition of Bradford's history for casual reading, find a copy of Paget.

3) Samuel Eliot Morison (1887 - 1976) was a U.S. Navy rear admiral, so his maritime expertise adds to his credentials as a historian when compiling his numerous footnotes in this edition of Bradford’s book (first printed: 1952). His professorships at Oxford and Harvard (from which he earned his Ph.D.), his prolific output, and his many honors as a historian will likely keep Morison’s volume as the "definitive" edition of Bradford’s work for years to come. The original hardcover edition is still in print. The paperback Modern Library College Edition is more affordable, but does not contain all of Morison's notes, nor his appendices, which include some important material from Bradford himself. Francis Murphy's insightful 1980 eighteen-page introduction makes this edition worth having. If you need a copy of Bradford for high school or college research, this is a great choice – especially the original hardcover edition.

4) Caleb Johnson’s edition of Bradford’s journal is the only one that rivals Samuel E. Morison’s in painstaking research and the information offered. Though he is not a career historian, to call him a "lay-historian" would be a disservice. His website (MayflowerHistory.com) is essential for online Plymouth research and, as a Mayflower descendent, Johnson has a personal stake in his research. He is considered a foremost expert on the Mayflower passengers, in demand for interviews and guest lectures. The features of his volume include: many interesting illustrations, hundreds of footnotes (402!) enlightened by recent research, a thorough index, the inclusion of Mourt’s Relation (the Pilgrims’ own one-year report), and several invaluable appendices. Unlike many colonial historians, Johnson shows a familiarity with the biblical literature that so informed the Pilgrims’ writings and worldview. Using his own modernization of Bradford’s text, this is the one to acquire if you want an authoritative edition (for school or personal research) with thorough notes using the latest historical findings, and additional relevant historical documents. I have owned both the Harold Paget and Samuel E. Morison editions for years, but I wish I had Johnson’s edition a long time ago (I now own the Kindle edition). 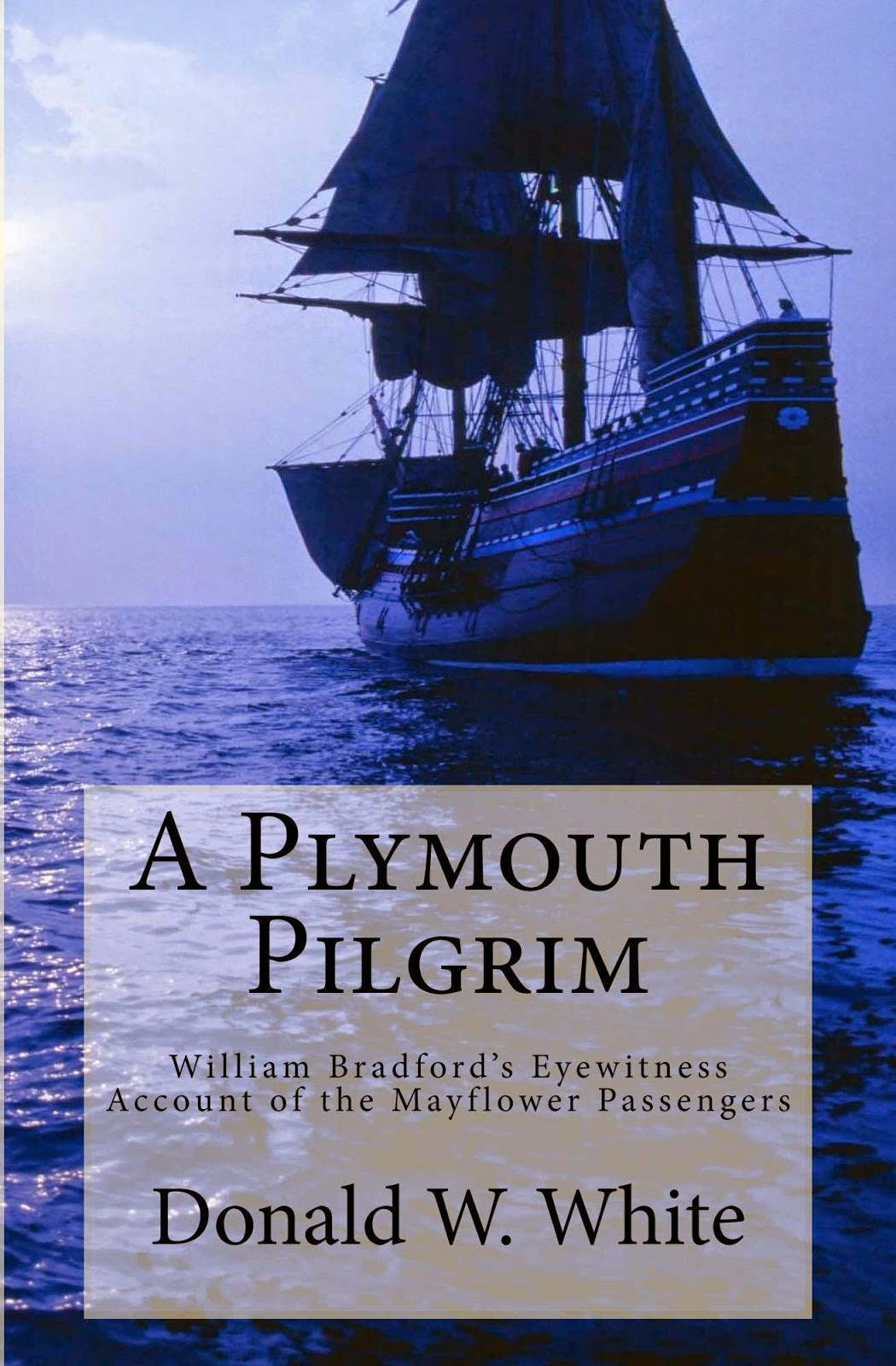 5) My own humble offering in this arena is different in many ways because it serves different purposes. My volume is a thoroughgoing paraphrase of the first twelve chapters of Bradford’s history, covering the events of greatest interest: from the persecutions of the Separatist movement in England to their American voyage, and through their first year in New England, including their early relations with Native Americans and the "First Thanksgiving." I include a timeline of important historical events that flow into the stream that becomes the settlement of Plymouth. Bradford's obscure historical references to places, people, and events are all explained naturally within the text as part of the story. This is not intended to replace authoritative editions for serious research, but to supplement them with an alternative easy-to-read volume that remains faithful to the history of the Pilgrims and the writings and worldview of Gov. Bradford. This book should be good for students and casual readers as a faithful---yet clear and thoroughly modernized---retelling of Bradford's history, a clarifying supplement to Bradford's original tedious text, or as just a good read for history lovers who want an easier, more enjoyable version of the original Pilgrim story.

CLICK HERE for an easy to read version of the original Pilgrim story.
Posted by Donald W White