The needle-sharp point snagged the flesh and a shiny barb burst through the scaly cheek with a firm tug. Secure on the hook, his fate was sealed. Fresh fish shall sizzle on the stove tonight, sprinkled with pepper, glistening with butter.

That is what we call a “hook.” 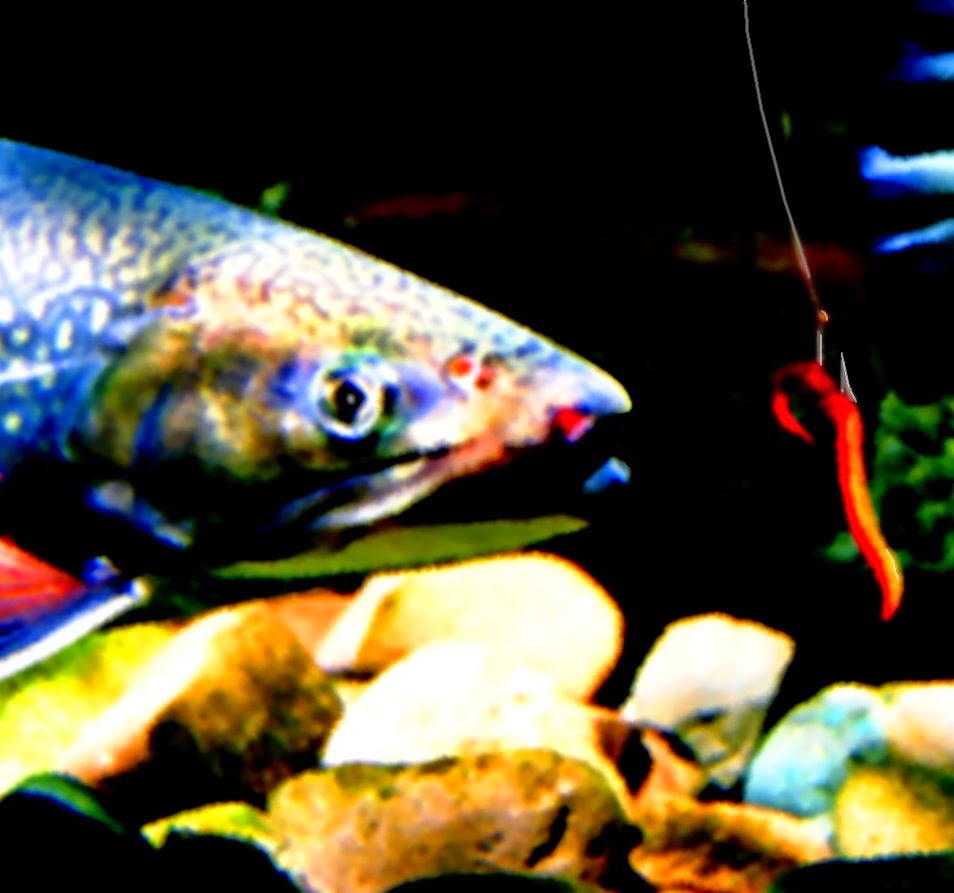 However clever your plot, however unusual, no matter the ingenious twists and surprises, readers will never experience your story if you do not set the hook. Below you will find four types of effective hooks: drama, description, character, and curiosity. There are variations in each category, and good story hooks (like fishing hooks) may be created from tying together two or more types of hooks, but so long as they are sharp and securely set, your hook can keep your readers hopelessly snagged from your first sentence through the entire chapter, until your next hook is firmly set.

Begin with the story unfolding so that readers will feel they've jumped in the midst of it from the very first line. Ideally, they cannot back out of the story because they are already in it.

Carefully compare and study the way TV shows begin. Newer shows often forgo opening theme-songs or character introductions and go right to the story action, subtly displaying the opening credits as the story unfolds, all this to hook their viewers from the start and persuade them to remove their thumb from the remote control button. This is called a “cold open,” and once the viewer is hooked the network will cut away to the commercials, confident the audience will remain as their sponsors sell their floor cleaners and doggy snacks.

A drama hook may be the very event that drives the entire story (what we call the “inciting incident”), the first domino to fall which begins the entire sequence, pushing the reader forward all the way through to the last page. It may involve danger, inner conflict, personal challenge, conflict between characters, or a host of other dramatic actions. Whatever it is, the drama hook must put the reader in the middle of a story they care about. Give them something to worry about so they will read down the page and turn to the next and the next.


Stopped at a red light on a rainy, windy morning last December, fire battalion chief Mark DeBruyckere looked up to see a large truck barreling toward the intersection, heading right for him.

Any description must be engaging description, the kind that draws readers to hold your book in sweaty hands, eyes fixed and unblinking, pulse quickening, nerves twitching, almost forgetting to breath, transfixed by your carefully crafted sentences and well-chosen words, oblivious to the world about them.

You may describe a setting, an event, or even an object, but your words must stir emotions and draw readers in like mesmerized mosquitoes to a bug zapper on a balmy summer night. Like an effective stage setting, your descriptive hook will set the mood, creating the atmosphere for your story as soon as the curtains rise and the lights come on.


A few miles south of Soledad, the Salinas River drops in close to the hillside bank and runs deep and green. The water is warm too, for it has slipped twinkling over the yellow sands in the sunlight before reaching the narrow pool.

From: Of Mice and Men, by John Steinbeck.

A young boy with tousled hair and dirty socks recedes into his darkened room, away from the yelling outside the door, cloistered in his corner, surrounded by piles of books, joyfully escaping his cold reality, all because you've created a character he cares about.

Open with characters that readers will care about, and they want to see what happens next. Use description, setting, action, and mystery to create an emotional and mental bond between the reader and the person in your book. Your readers want to worry, so give them some people to worry about. When readers care about your characters from the very beginning, they will keep reading


Once there were four children whose names were Peter, Susan, Edmund and Lucy. This story is about something that happened to them when they were sent away from London during the war because of the air-raids.

From: The Lion, the Witch, and the Wardrobe, by C.S. Lewis.

This type of hook reminds me of the time that my wife and I went camping, and just after we settled down for the night, far away from all the other campers, we heard a faint scratching noise at our cabin door. It wouldn't stop. True story, but I’ll tell you more later.

The familiar riddle asks, “Why did the chicken cross the road?” Forget about the why. We couldn't care less. What we want to know is if he made it all the way across the busy road alive, unharmed, with all his feathers intact.

Questions, contradictions, dilemmas And mysteries, puzzles and clues are all proven ways to capture the curiosity of your readers and keep it throughout the opening chapter.


I was not there, yet I was there. No, I did not go to the trial, I did not hear the verdict, because I knew all the time what it would be.

From: A Lesson Before Dying, by Ernest J. Gaines.

What types (or combination of types) do you see in the following examples?


Hook them early, hook them securely, and keep them on the line, reeling them in all the way through to the end of the story.

Oh – that scratching at our cabin door? I never did find out what it was. Probably a chipmunk. But my wife and I eventually slept soundly and safely through the night at that church camp near Yakima, Washington.

[Originally written for the blog: Writing Prompts, Thoughts, and Ideas...]